HA. Hoarafushi is the second biggest island in terms of population in the North Thiladhunmathi Atoll. Its population is 3279 which consists of 1670 men and 1609 women. Though the back bone of its people was fishing in the past, now the economy depends mainly not only on fishing but also on building construction, agriculture, carpentry and tertiary industry.

Hoarafushi possesses a proud history of having citizen who love education and put in enormous effort to develop the educational sector of the Island. Its parents are committed, dedicated and hardworking, and persevere to improve the academic goals of their children. As a result, many famous scholars are born on the Island to serve this prestigious nation in different areas of development.

The most cherished dream of dwellers of Hoarafushi bloomed in the reality when “HA. Primary School” was opened in a building which belonged to the community in 1979. With the great effort of the island people and the government, the privileged name, HA Atholhu Madharusaa, was inaugurated on the 24th July 1979. The school, initially built with stick and thatch, has, over the years, undergone various renovations before it took the grand infrastructure that we see today. The foundation of modern education on the Island was laid after the construction of new buildings with the assistance of Japanese Government and the school was reborn on 06 March 1984.

The School began with no more than 20 students and over the years, with improved facilities and enhancement of resources, the population of the school increased rapidly and at present, the strength of the school is 430.

The middle school was added on to the primary educational sector which bloomed initially in 1988. Later, the secondary education in Commerce Stream began in 1996 and the Science Stream was added in 2001. As the result of the dedication and perseverance of visionary people of the island, especially PTA, the Higher Secondary was introduced in 2008.

The Parent Teacher Association (PTA) and School Board play a significant role for the overall development of the school. The school has the pride of enjoying the prestige of having a very co-operative, able-minded team of PTA members. They assist the school to organize, implement and administer the various activities. The PTA has taken initiation to many projects to enrich the resources and enhance the infrastructure facilities which shoulder the academic performance of the school. In this regard, the PTA has financed the Computer laboratory, Audio Visual Room and temporary classroom block and many more. In addition, PTA takes pains to maintain discipline and decorum on and outside the campus, and to provide the school with scads of opportunities to upgrade the quality of co-curricular activities throughout. Hence it is certain that all patriotic members will continue to give their fullest co-operation to uplift the overall standard of the school.

Apart from classroom teaching, several extra and co-curricular activities are also conducted to improve the confidence and the potentiality of the students. Some of the bodies which implement co-curricular activities are Cadet Corps, Scout movement, Girl Guide, Dhivehi & English literary Associations, Sports, Environmental, Health and Religious clubs. Science and Business Club which was introduced in 2013 were with the main objective of improving the results of these two streams’ subjects. The final goal of all these clubs and association is to get at the lofty academic goals and broaden the horizon of the younger generation

Its first prestigious batch of 11 students sat for the GCE Ordinary level & SSC examinations in1999, and 2 of them came through with flying colors to do GCE Advanced level in Science Education Center in Male’. In 2000, the school was recognized as a GCE Ordinary level Examination Centre.

The School has attained remarkable achievements nationally and internationally. Since the introduction of GCE Ordinary level, total of 14 students have been included on the list of “Top 10 Results at the GCE Ordinary Level exam” of the Maldives. And also 2 students have achieved Top in World Award in the Subject Art and a student has secured the First place in GCE O level Art in Maldives. Besides the above, the School has achieved “First in Maldives Award” for Fisheries Science for 2 years and “Progress Award” in 2006 and 2013.

The prestigious batch in 2013 have set a new record in the history of the school by receiving 70% pass percentage in more than 5 subjects at the Cambridge O level and SSC examinations. This attainment paved for the school to be awarded with both Achievement and Progress Awards in 2014.

According to our motto “DISCIPLINE – DETERMINE” the school satiates in all its activities. The school is on an eternal mission to implement the school motto in letter and spirit, in terms of the quality of education and results at the national and international level examinations.

The school exists to provide holistic education to stimulate the learner to strive for the attainment of entire personality development. 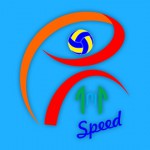 SPEED is the Sports club of HA. Atholhu Madharusaa of which the main role is to organize a...
SPEED 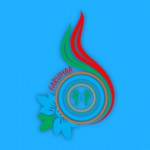 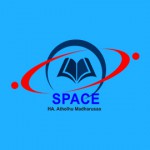 SPACE, Science club, is basically meant for the students who are doing the Science stream ...
SPACE
View All